Bute Hospital or Lady Bute`s Hospital in Barrhill Road was the gift of Lady Bute in 1882. It was staffed by nurses from the Sisters of the Sacred Heart and had 10 beds and 3 cots. It was used for all types of medical work and was often used for the treatment of victims of mining accidents.

It was closed in 1950 at the formation of the National Health Service. It later became a convent but was eventually demolished and replaced by the houses of Murray Court. 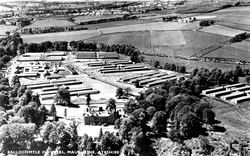 Ballochmyle was part of the barony of Kylesmure which King William the Lion granted in the year 1165 to the Cistercian monks of Melrose Abbey. By the sixteenth century Ballochmyle had become a separate estate. In 1760, a possibly designed by the famous architect William Adam, replaced the old tower house. Further extensions to the main building were made during the succeeding years, including the front portion. The architect of the front portion was H M Wardrop and the building was executed in red Ballochmyle Stone from the quarries in Mauchline. The extension of the house was finished in 1886. On the death of Sir Claud Alexander, the house was let from 1899 until 1937/38. In 1938 the house and policies were sold to the Department of Health for use as a hospital.

Located 1¼ miles (2 km) east southeast of 1¼ miles (2 km) east southeast of Mauchline in Ayrshire, Ballochmyle House and grounds were purchased by the Secretary of State in 1939 as a suitable site for one of the Emergency Medical Services hospitals being built at that time in anticipation of war-time requirements. It was built on the pavilion plan following the standard plan of EMS hospitals. Initially there were two blocks of eight wards and a block containing the administrative office, the kitchen, laboratory and pharmacy and this part of the construction was completed by the Autumn of 1940. 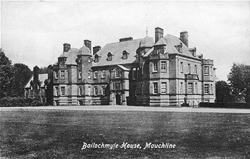 The mansion house was used as residential accommodation for the medical, nursing, administrative and technical staff; but at the end of the year the nurses moved across to their new home which had by that time been opened. The other two blocks of wards were completed in 1941 and also the Isolation ward. In addition, a second home for nurses was built in 1941 – initially to be used by night staff. It was a very spartan building, heated only by three coal stoves in the corridor, and was christened Siberia by the staff.

The first patient, an 18 year-old Private Soldier in the Argyll and Sutherland Highlanders, was admitted on 20 October 1940. He came to have his tonsils removed. The first civilian patient was a ward-maid in the hospital; she was suffering from appendicitis and was admitted on 6 November 1940 for appendicitis.
The hospital remained under the control of the Department of Health for Scotland until the inauguration of the National Health Service on 5 July 1948 then coming under the Western Regional Hospital. In 1974, when the NHS was re-organised Ballochmyle came under the Ayrshire and Arran Health Board (South Ayrshire District), and then subsequently under the control of the South Ayrshire Hospitals NHS Trust.

Ballochmyle Hospital closed in 2000. However, the name of Ballochmyle will live on. Jack Mustarde MBE, a world renowned Plastic Surgeon, arranged for surplus equipment from Ballochmyle to be used in the development of a new 70-bed plastic surgery centre in Ghana, the first of its kind in Africa. The equipment which has helped treat thousands of Ayrshire people over the years will now help to care for burns victims in Africa.

In 2006 Ballochmyle House was extensively restored and redeveloped into 20 luxury apartments priced at the time between £150,000 and £1million. The encompassing grounds have been transformed into a high quality housing estate. The houses being on the market at the same time ranging from £400,00 to over £1.1 million. 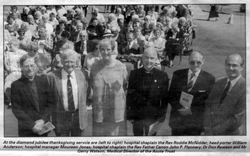 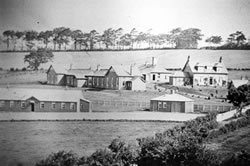 A fever hospital for Cumnock was first proposed in 1893 by Ayr County Council and after much wrangling it was finally built in 1898 on ground offered by the Marquis of Bute at Holmhead. After about 50 years when infectious diseases became rarer – it was converted to a geriatric hospital. 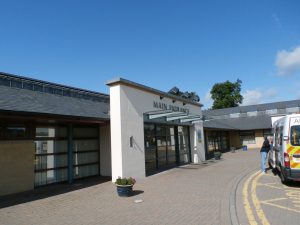 East Ayrshire Community Hospital admitted its first patients in August 2000 and impressed all who came to see the building. It was built as a replacement for Ballochmyle Hospital, near Mauchline, and is sited on Ayr Road, within walking distance of Cumnock town centre. For patients outside Cumnock, the hospital is easily reached by public transport. 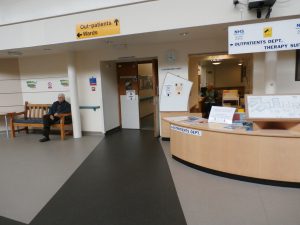 The new hospital had a budget of £9.5 million and has a 24-bed GP medium acute/rehabilitation unit; 50 continuing care and respite beds for the frail and elderly; a 24-place day hospital and an out-patient department. Some of these now closed due to cuts. 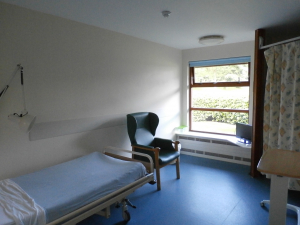