With thanks to Warrick and Strawhorn

In 1866 nine local businessmen signed a petition to the Sheriff of Ayr in terms of the General Police and Improvement (Scotland) Act, 1862 to have Cumnock declared a populous place and therefore a Burgh. The first 9 petitioners were:

The burgh boundaries were defined by a line running from near the railway station at the top of Glaisnock Street south towards the New Cumnock Road, north-west to Bridgend on the Ayr Road, over the Lugar Water to include the Holmhead area, and up the Lugar thereafter to the railway station. After various legal formalities, the Sheriff decided that this was a populous place as defined in the Act. Rates would be chargeable to householders and those who paid £10 or more in rent would be able to elect a Town Council to carry out the necessary business. Therefore a meeting was called of £10 householders at Cumnock within the Hall in or near Glaisnock Street in the yard of the Dumfries Arms Inn there on 2nd November 1866. At that meeting it was proposed by McClymont and Scott, two of the petitioners, that Cumnock be made a burgh.

The Poll
There was opposition, however, and an amendment that the Act be not adopted, moved by William Johnstone and seconded by George MacArvail, was carried. But the petitioners were able to demand a poll and this was arranged to be held three days later on 5th November. Feelings were running high, and though few people had the right to vote, the town was sharply divided on the issue. The result of the poll was declared on 6th November when by thirty-five votes to thirty-two, the Act was adopted and Cumnock became a police burgh. The majority was small but, says Warrick, “… it was sufficient.’

Elections
It was thereafter decided that the burgh should be known as the Burgh of Cumnock and Holmhead, that the council should comprise nine commissioners, and that it should not be divided into wards. Just over a month later on 7th December 1866 at a meeting of householders as before, the following Commissioners were elected by public poll, to form the first Council:

Portraits of some of the 1st commissioners by John Ballantine 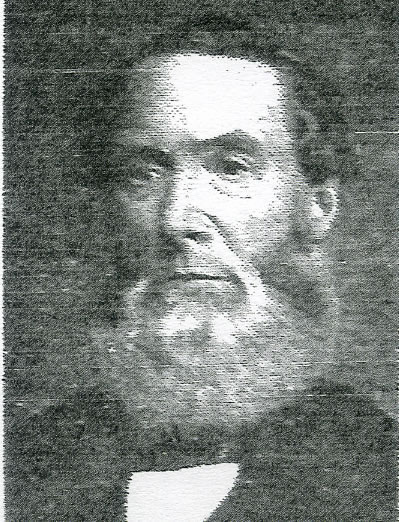 The first meeting of the Council was held in the Parish School at noon on 10th December, and at an adjourned meeting at the more convenient hour of 8 pm on 13th December when all could be present, William Dalgliesh was appointed Senior Police Magistrate and King and McGavin after a vote were elected junior police magistrates. Thereafter the Commissioners settled down to make plans for the appointment of the officials who would be required to assist them in the execution of their duties.

Council Work
On 24th December 1866 a start was made by appointing as Clerk and Collector Andrew White, agent of the Royal Bank, and as Inspector of Nuisances David Smith who already was the Inspector of Poor for the local Parochial Board. In the New Year it was decided that meetings thereafter should be held in the Clerk’s Office at the bank in Glaisnock Street, and to get down to business the Council formed committees – a Sanitary committee (January), a Water committee (February), and a Finance committee (June).

The enthusiasm with which the council proceeded can be gauged from the work accomplished in the first year of office, before the December 1867 elections.

The Sanitary Committee made plans for collecting street sweepings and rubbish, provided six street dust receptacles, and arranged to purchase a large two-wheeled dust barrow. It selected sites for privies in Rakeams Green and Townfoot Green. It investigated nuisances in Townhead Street, and consulted the County Road Trustees regarding the repair of that street. It conferred with a committee of townsfolk who had a scheme for street lighting, took over their funds, obtained lamps, put them on posts, and made arrangements with the Gas Company. It appointed a scavenger and lamplighter.

The Water Committee was no less energetic. Obviously the provision of a water supply was one of the prime intentions of the new council. What made the matter particularly urgent was that the spouts were drying up as pits were sunk. In February they considered analysing water from various sources and found the stream near Boreland farm as the best place for a reservoir. By August an approach was made to the Curators of the Marquess of Bute regarding land for reservoir, filters, and water courses.

The Finance Committee in turn investigated the possibilities of a loan, and in October to prepare for future commitments appointed Thomas Shields as the Burgh Treasurer at an annual salary of £3 10/-.

Apparently satisfied with their first Council, on 7th December 1867, only nine persons turned up at the householders’ meeting in the Court House and by a show of hands re-elected the three retiring commissioners Drummond, McCowan, and Ballantine.

The Council thereafter reconstituted its three committees, created another for the formulation of bye-laws, reappointed its officials, and continued with its work.